What is the ACL?

The ACL is also known as the anterior cruciate ligament. It is one of the major ligaments in the knee. The function of the ACL is to prevent the knee from giving way during twisting, turning and jumping activities. It prevents the shin bone (tibia) from sliding in and out in front of the thigh bone (femur).

ACL Injury – How does it happen?

There are two common mechanisms causing ACL injury or ACL tear: noncontact (70%) and contact (30%). Female athletes tend to get an ACL tear with a noncontact event and males with a contact event. An example of a noncontact event would be if an athlete is running down a soccer field and quickly plants one foot to change direction and suddenly the knee gives way. The tibia is forced forward by a strong quadriceps contraction and this force will pull the ACL off the origin or insertion site in the knee, rupturing the ligament mid substance. An example of a contact event would be a football player running down the field and their leg gets clipped by another player. The direct contact force on the knee can cause an ACL tear.

What are the symptoms that an ACL injury has occurred?

If you answer “yes” to the three questions below, there is an 85% chance that you have an ACL injury:

Who needs surgery to reconstruct a torn ACL?

Surgery for an ACL injury is recommended in young people and in people that are active in twisting, turning and jumping activities. The International Knee Documentation Committee (IKDC) has divided activities into 4 categories.

Level 1: Jumping, pivoting, and turning
Level 2: Heavy Manuel work or side to side sports
Level 3: Light Manuel work and non-cutting type sports (cycling and running)
Level 4: Sedentary work without sports
Surgery is not recommended for level 3 and 4 activity per the IKDC.

What is the recovery from this surgery?

The surgery for ACL injury is performed arthroscopically as an outpatient. Most patients are on crutches for 1 to 2 weeks. The rehab phase is intense. Most patients are involved formally with physical therapy 2 to 3 per week and a home exercise program.

Pro athletes are not typically returned back to their sport for at least 1 year after their ACL reconstruction. Most amateur athletes will return back to twisting, turning jumping sports at 5 to 6 months after surgery.

Who tears their ACL more often: females or males?

Why do females tear their ACL so much more than males?

The answer is multifactorial and we are not 100 percent sure of the exact reason. This is one of the most intensively researched areas in sports medicine. What we do know is that before girls and boys go through puberty the ACL injury among the two genders is equal. It is after puberty the rate skyrockets for females.

Researchers have found that when females land from a jump, such as a rebound or going up for a header in soccer, they tend to land with their knees in a very straight upright position (less knee flexing) and valgus (knocked knee). Both of these landing positions can cause the ACL to be torn.

There is also some science that suggests that there may be a hormonal component to the ACL injury. The higher estrogen levels in women may place the ligament at risk, especially at different phases of the menstrual cycle.

Can the ACL injury be prevented?

There are many scientific evidenced based published studies that prove the ACL injury can be prevented. One of the most successful and scientifically proven programs to be devised was published by Bert Mandelbaum M.D. In the American Journal of Sorts Medicine in 2005. Dr. Mandelbaum is the head physician for the Men’s US Pro Soccer league (MLS) and team physician for David Beckhams prior professional soccer team the Galaxy. He found an 88% decrease in the ACL injury in the enrolled subjects participating in the PEP program (Performance Enhancement Injury Prevention) ACL prevention program compared to the control group.

In fact, the British Journal of Sports Medicine published in 2008, “You can prevent the ACL injury.” If you have a daughter who is playing soccer, basketball or court sports, then it is crazy if her team is not undertaking one of the evidenced based ACL prevention programs.” The most recent scientific study written by Patrick Sadoghi, M.D. published in the May, 2012 issue of the Journal of Bone and Joint Surgery reveals a 52% reduction of the ACL injury with an ACL injury prevention program.

What steps can be taken to prevent the ACL injury?

The program is simple, does not require fancy equipment, and is not time consuming. The ACL injury can be prevented with a 15 to 20 minute program that is preformed 3 times per week during the warm-up phase of practice. The program consists of a warm-up, stretching, strengthening, plyometric and sports specific agilities to address potential deficits in the strength and coordination of the stabilizing muscles around the knee joint.

Why prevent the ACL injury?

Prevention of the ACL injury is paramount. Once an athlete has torn their ACL there can be lifelong sequele from the injury. This can range from early onset osteoarthritis, pain, and the inability to return to pre-injury activity levels. A study published in the American Journal of Sports Medicine in 2012 written by Dr. Ardean, et al noted that only 45 % of the athletes ever returned back to their pre-injury activity level after the ACL injury followed by surgical reconstruction.

The development of osteoarthritis is also a concern with the ACL tear. Dr. Lohmander, et.al. studied a group of female soccer players 12 years after they had torn their ACL. The average age of the athletes was 31 years old (range 26-40 yrs.). Within the group 60 % had a surgical reconstruction and 40% were treated conservatively. The astounding finding from their data was that 51 % of the young women had developed osteoarthritis on their x-rays. In addition, a large group of the women (75%) reported knee symptoms such as pain and swelling that affected their quality of their daily life.

Prevention of the ACL is critical. Evidenced based research has proven that the ACL injury can be prevented. There are over 100,000 ACL reconstructions a year that are performed in the US. The goal is to make that number significantly less.

Gary Costel, PT, director of Baptist Sports Medicine and the girls soccer Strength/Conditioning coach at North Oldham High School, has instituted a program at North. He started their program over 9 years ago. Costel states that the reason the ACL prevention program was started at North Oldham, “Was to help beat the odds. Every year there seemed to be more and more news on the young athlete, especially the female athlete, sustaining ACL tears. ” Costel reports great success rates, “As a result of the ACL prevention program with the girls soccer team, we have had only 2 ACL tears at North Oldham in the last 9 years and no ACL injuries in the last 4 years.” His program is based on the Sportsmetric program which consists of plyometrics, strengthening and cardio fitness.

Teena Murray, strength/Conditioning coach for the US women’s silver Olympic/National Ice Hockey team and S/C for the University of Louisville Women’s soccer, Lacrosse and basketball team has been using an ACL prevention program for years. She has also seen outstanding results. Her program focuses on correct landing mechanics, posterior chain strengthening (gluteals and hamstrings) and low back muscle groups. Murray takes it one step further and utilities the Functional Motion Score (FMS) has a screening tool to identify the “at risk athlete”. If a student athlete scores below a critical level on the fitness test (FMS) she places them in a special training program before they join the other teammates in the prevention program.

Costel is the director of the new Baptist Sports Medicine Center located off Old Henry Road in the Baptist Eastpointe location. The new 11,000 square foot facility located in the outpatient center will have a formal ACL injury prevention program that will be individualized based on coaches, athletes and parents needs. Costel states, “Our program will utilized all of our new state of the art strength and cardio equipment and be set up for the individual or training the whole team even with the coaching staff.” He also states what is very unique and exciting about the Baptist Sports Center is there are 11 sports medicine doctors on staff actively involved in the center which is unparalleled to any other facility / organization in the state.

There are two primary programs for ACL injury prevention: sports metrics and PEP (Performance Enhancement Injury Prevention). They both are programs that can be utilized in the warm up phase of the workouts and practice. They only need to complete 3 times a week for 20 minutes a session. They are based on 5 castor gorier: warm-ups, stretching, plyometrics, strengthening and cool down. Both programs have outstanding websites and numerous instruction / demonstrations videos can be found on YouTube. 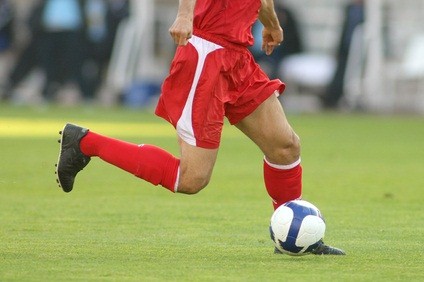 A hot topic in ACL research involves which is a more superior operation: double bundle ACL reconstructions versus the single bundle ACL. In the April 2014 Journal of Bone and Joint Surgery Drs. Starman et al. reported on this topic in the "What's New in Sports Medicine" section of the journal. They stated that there is no current evidence to support one procedure over the other.

The latest on ACL Injury from louisville orthopedic... 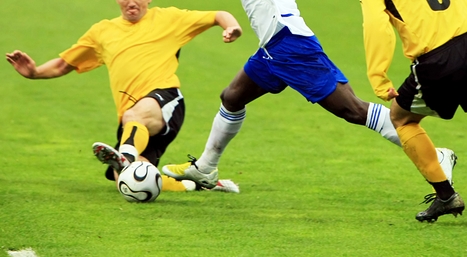 Dr. Grossfeld is also a Clinical Professor at University of Louisville....