The Effects of Fitness on the Aging Process

As we age, are there patterns of physical decline? Can those be slowed down or reversed with change in lifestyle? An excellent article was published in the September 2014 volume of the Journal of American Academy of Orthopedic Surgeons. Dr. Bryan Vopat discussed the common physical changes that occur with aging and how to slow down this decline with physical training. A summary of the article is below.

The major changes that occur in the musculoskeletal system with aging are: bone density loss (osteoporosis), the strength and flexibility of muscles decrease (sarcopenia), ligaments and tendons become stiffer and articular cartilage that covers the ends of bones breaks down (osteoarthritis).

Older athletes are role models for the concept that age-related decline is not inevitable and that physical activity can counteract the decline in muscle loss, bone loss, and reduced flexibility. More and more athletes are competing in marathon and ironman triathlete events.  At the Ironman Triathlon, the number of athletes older than 40-years-old has increased from 25 percent to 50 per 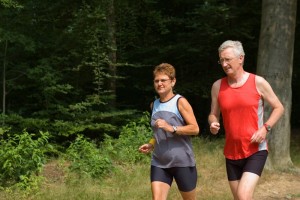 cent over the last 25 years! While the number of marathon runners over age 40 has increased over the last 20-30 years, making 50 percent of all marathons older than 40-years-old.

Eight masters (older than age 40) Ironman Triathlon records were set in 2010 with three of the records set in the age group of  65 years and up. For the past 25 years at ironman events, the average performance has improved by 7.5 percent for all age groups older than 45-years-old.

A study that looked at 900,000 marathon runners found that 25 percent are in their mid to late 60s and outperformed half of the runners age 20-54. One of the most interesting findings from the article is the results from the New York City Marathons from 1989 to 2009. This research found that the running times for men older than 64 and women older than 44 years have not yet plateaued. They are constantly improving with the athletes getting faster. This indicates that they have not likely reached their performance limits.

In the seniors who participated in tai chi for 6 months had increased scores (6-9 %) on their bone density DEXA scans, compared to inactive women in their age group. This indicates that some exercise is better than none and that exercise doesn’t have to be performed at a competitive level.

Resistance strength training is very important for aging adults because it is the best way to induce muscle hypertrophy (increased muscle mass).

Aging and Tendons and Ligaments

Age-related losses occur in size and strength, leading to injury and decreased athletic performance. Multiple studies have revealed no loss of size or change in structure in athletic groups of seniors.  Physical activity will preserve tendon size and mechanical properties.

Low impact regiments also appear to be beneficial. There was a study looking at middle-aged and elderly women who are engaged in a resistance training. The training consisted of exercise such as cycling and doing body weighted squats. These women had significant increases in the elasticity of their quadricep tendon and increases in the cross-sectional area of the tendon.

The risk of osteoarthritis increases with age. This can  be from a combination of genetic factors, weight, and prior trauma involving the affected joint. There are studies that show that elderly patients who are participating in 20 minutes of exercise have increased the volume of their articular cartilage by 237 mm³ for each incremental increase in frequency. For example, if the patient exercises zero or one time per week, or twice per week, to three or more times a week, their numbers increased linearly. The more you exercise, the more articular cartilage was generated.

Other studies have documented the preservation of articular cartilage in with both high intensity and moderate intensity regiment that load the knee and strengthen the knee extensors.

The American College of Sports Medicine recommends a combined physical activity regimen for all adults involving endurance, resistance training, flexibility and balance. The recommendation for endurance is to have training for a least 150–300 minutes per week. The intensity level should be 5–8/10. The exercises should be completed 10 to 30 minute episodes. 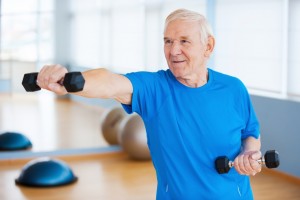 Resistance training for the older adult can increase muscle strength, lean muscle mass, and bone mass more consistently than aerobic exercise alone. Resistance training should be approached with heavier weights and lower repetitions along with both compound multi-joint movements and plyometrics. This will help to improve muscle mass,strength and power.

Endurance training involves moderately intense aerobic exercise that is good for your heart, increases maximal oxygen consumption and has been linked to other musculoskeletal benefits such as reducing fat mass, maintenance of muscle strength and maintenance of cartilage volume. It is important to interject high intensity aerobic training into endurance training to help minimize high impact while maintaining both cardiac and skeletal muscle mass and function.

Regular flexibility exercises are strongly recommended for active older adults to maintain the range of motion, and limit injury. If you stretch regularly puts older adults at less risk for tendon strain. Flexibility should be done on a 5-6/10 intensity level, involving sustain stretches and static movements. Balance should be done to tolerance. There are specific recommendations on duration.

It is important to remember that if the exercise stops, the benefits from the exercise will go away. Several studies have indicated that within 12 months of stopping a one-year exercise program, the results/gains that the patient had made were completely gone and had been reversed.

To gain and maximize resistance training, protein intake should be at a level 1.0 – 1.5 grams per kilogram daily. This amount is higher than the current recommended dietary allowance and is particularly important for highly active endurance athletes. Carbohydrate intake should be greater than 8 grams per kilogram daily. Both resistance and endurance training should be concluded with a protein and carbohydrate filled meal within the hour after exercising, to allow for muscle and glycogen recovery. 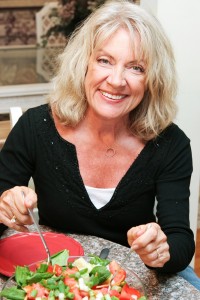 It has been shown that the older athlete is susceptible to overuse injuries and often times exercising with underlying osteoarthritis. Older athletes are recommended to use less frequent training regimens at a greater intensity, while utilizing cross-training while incorporating strength training.

It is suggested that even if an athlete has osteoarthritis that they still remain active. Studies have confirmed that the underlying osteoarthritis will not necessary worsen and exercise may increase the amount of cartilage glucosamine content. It has been shown that exercise improves gait velocity, and reduces stiffness and pain. Research has proven that people with bilateral knee osteoarthritis along with weak quad muscles and poor physical function, have increased pain compared to a group that exercised.

Testosterone declines progressively in men after age 80. The decline is associated with bone density loss, loss in physical function, muscle mass and strength. Studies how found little effect of using testosterone in older adults with normal levels . Therefore, supplementation is only recommended in men with low values.

Human Growth Hormone  (HGH) has also had little effect if given to people with normal levels. The use of testosterone and Human Growth Hormones together may show increased performance in high level athletes, where only slight improvements may give a fairly even group of athletes the advantage. Another point is that most controlled studies do not replicate the real world in the sense that the unethical athlete using performance enhancing drugs (PEDs) maybe consuming up to 10 times the dose used in studies and combining testosterone, human growth hormone with other PEDs.

Regular exercise for aging adults has been associated with greater increase in bone mass, muscle mass and strength. Research has also proven that people who are physically fit exhibit lower rates of anxiety and depression and higher rates of self-esteem compared with sedentary people.