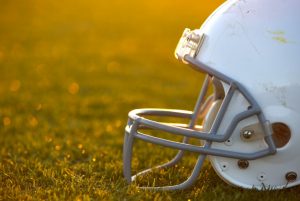 The frequency in which concussions occur in the National Football League (NFL) is an issue of concern. In the March issue of the American Journal of Sports Medicine, authors Michael Clark, Breton Asken, et al. explore the relationship between concussions and the mechanisms by which they occur. The authors state that although there is a significant amount of information regarding the prevalence of concussions in the NFL, there isn’t as much about the manner of those occurrences.

Below we compiled pertinent statistics mentioned in the AJSM article. Also other relevant found data, and the findings that Clark, Asken, et al. provide in their compelling conclusion.

In an attempt to combat the frequency of concussions, the NFL implemented concussion management policies, and changed rules to place greater emphasis on penalizing players for aggressive behavior. However, there is still an urgent need to further strengthen policies and introduce concussion prevention and management programs.

The AJSM authors conclude their article with: “In-game concussions in the NFL occurred through a diverse variety of mechanisms, surprisingly tended to be well-anticipated, and, also surprisingly, occurred with <10 yards of closing distance. The impacts causing concussion were broadly distributed over the helmet.” While there is more and more research regarding concussions in the NFL, there is obviously still much more to be done. Safety in sports is extremely important, and those who participate in contact sports should be extra vigilant. Learn more about safety and concussions in an earlier Orthopaedic specialists blog here.

For more information about concussions or other sports injuries, Dr. Stacie Grossfeld and Orthopaedic Specialists are here to help. For an appointment with a board certified orthopedic surgeon and sports medicine doctor in Louisville, Kentucky, call 502-212-2663 today!