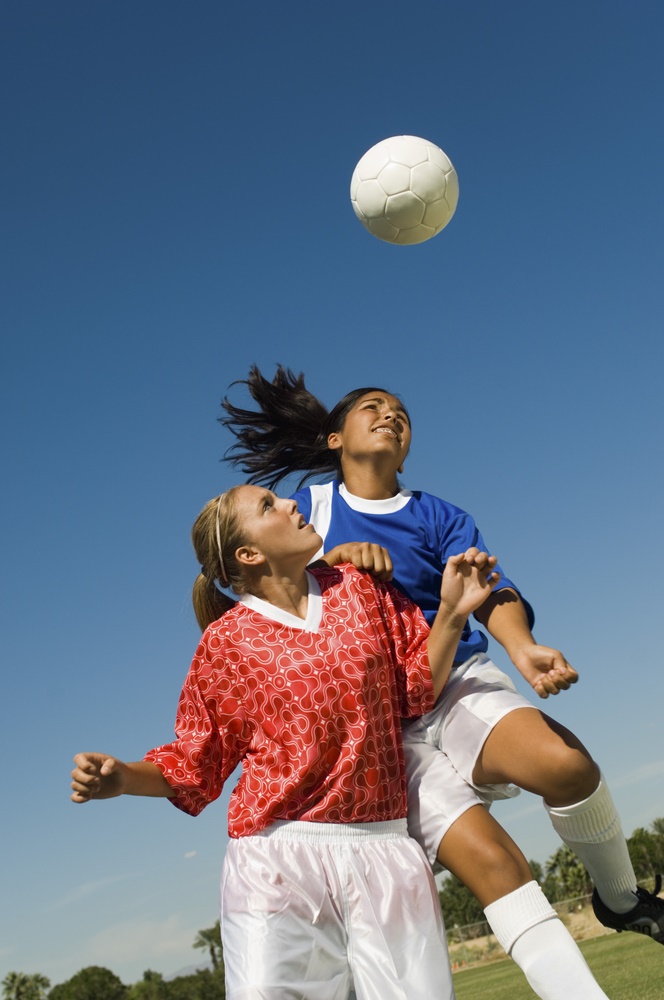 A concussion is a kind of brain injury that is typically caused by a fall, hit, or shake to the head.  The long-term damages caused by concussions are an increasing concern for athletes in many different sports, including female soccer players.

Soccer is a popular sport for boys and girls across the
U.S. with over three million kids participating in the game in 2014 (according to US Youth Soccer). And the gap between male and female youth soccer players has continued to narrow. In 1995, 55% of youth soccer players were boys and now that percentage has closed to 52%.

The number of women’s soccer teams at colleges and universities has also significantly increased over the past two decades. In 1991 there were 318 U.S. colleges with women’s soccer. This number about tripled to 959 in 2009, as noted in a special report Title IX at 20 published by the National Coalition for Women & Girls in Education (NCWGE).

Learning about the risk of concussions and practicing preventive measures is important for all athletes. Future research will continue to provide more information and direction as we work to better understand the short and long-term health effects of concussions.