In 1971, before Title IX had past, it was estimated that 310,000 female athletes were participating in 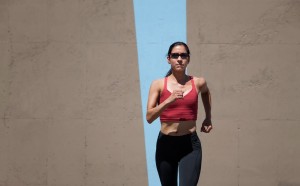 sports. In 2010 there were approximately 3,373,000 female participants. Over this period of time, a phenomenon described as the Female Athlete Triad has become an increasing concern for female athletes.

An excellent review article was published regarding the female athlete triad: past, present, and future in the July, 2015 issue of the Journal of the American Academy of Orthopedic Surgeons. The article was written by Dr. Elizabeth Matzkin, Emily Curry, and Kaitlyn Whitlock, PA – C.  Highlights of the article are covered below.

In 1992, the task force on women’s issues of the American College of sports medicine was assembled, and the term “female athlete triad” was created to define the three components that characterize this condition. The definition of the female athlete triad, at that time, had to include disordered eating, osteoporosis, and amenorrhea. 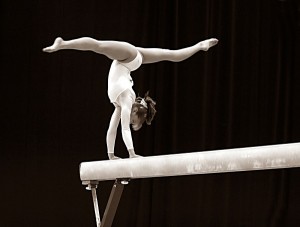 For prevention, diagnosis and treatment of this condition it is very important that people involved with the athletes are aware of the diagnosis. This includes coaches, team physicians, parents, colleagues, and teammates. In 2006 there was a survey of Division I college coaches. Sixty-four percent of 91 respondents were aware that the female athlete triad existed, but only 43% were able to appropriately identify the three components. In a separate study of physicians, physical therapists, coaches and athletic trainers, less than half were able to name the three components of the triad, with only 40% of the 139 physicians surveyed able to identify the components.

In 2007, the ACSM updated the diagnostic guidelines, and the female athlete triad was defined as a spectrum of abnormalities in energy availability, menstrual function and bone mineral density, looking at the components as part of a spectrum ranging from normal to varying degrees of pathology. The female athlete no longer needs to demonstrate pathology and all three components of the triad in order to be diagnosed with the syndrome.

The presence of one or two of the components on the pathological side of the spectrum falls under the “umbrella” of the female athlete triad, and may meet the criteria for diagnosis, prompting further assessment and evaluation for the other components.

Dr. Barrick et al. found that the risk of developing a bone stress injury among active females increased from 15% to 21% in the presence of one risk factor, (example: disordered eating, mental dysfunction and weight controlling behavior), but increased to 21% to 30% with two risk factors and then skyrocketed up to 29% to 50% with three risk factors.

Originally known as disordered eating, this tri-component is now termed “energy availability.” The spectrum of energy availability ranges from optimum too low. An athlete does not have to be diagnosed with an eating disorder to have this component of the Triad. Low energy availability can result from inadequate caloric intake are caused by pathologic caloric restriction as in behavior associated with anorexia nervosa or bulimia, or by expending more energy than the body is designed for during a given period time. If an athlete has a BMI less than 17.5 kg/meter squared, it is likely that the athlete has low energy stores.

Increasing an athlete’s BMI up to 18.5 kg/meter squared helps to improve energy storage.

Physical signs that there may be pathologic eating involved are a body weight/BMI less than 17.5, bradycardia, orthostatic hypotension, poor dentition, chipmunk cheeks caused by swelling of the parotid glands caused vomiting, and the Russell sign, a callous on the back of the finger caused by self-induced vomiting.

Female athletes who suffer from disordered eating have been found to have a two-fold to four-fold increase risk of developing a sports related injury.

Spectrum of menstrual function ranges from you eumenorrhea to amenorrhea. Eumenorrhea is defined as regular menstruation at approximately every 28 days. Amenorrhea is divided into primary and secondary subsets. Oligomenorrhea or menstruation every 35 days, or fewer than nine cycles in one year, is considered abnormal.

For most women, 90% of bone mineral density is reached by age 18 years, and the greatest level of accrual between the ages of 11 and 14 years. After the peak BMD has been reached, it may only be lost or maintained. It is critical that athletes possess the knowledge that if they can build and maintain BMD during these years to optimize bone health.

DEXA is a diagnostic modalities of choice for evaluation of BMD. When interpreting BMD from a Texas scan of a premenopausal female athlete aged greater than 20 years, the Z score of the hip and AP radiographic view of the lumbar spine are often used.

Evaluating BMD using a dexter scan in adolescents or children, APA radiographic for the spine and total body, less the head, are preferred methods for evaluating BMD.

Mid to low BMD depends on underlying causes. Exercise and adequate nutrition are important for treatment and prevention. Weight-bearing and dynamic exercise have a positive effect on bone formation and BMD, especially in premenopausal females. Calcium and vitamin D supplements may be desirable in some cases. The recommended amount calcium and vitamin D intake for adult is 1000 mg and 600 to 800 international units respectively. It is also important to screen for other factors that may accelerate bone loss including steroid use, regular alcohol consumption, cigarette smoking, protein deficiency and hyperthyroidism.

As female participation in sports continues to increase and to become more competitive, it is important to prevent, diagnosed, and manage the components of the female athlete triad and athletes. Educating athletes about proper nutrition is an important part of preventing this condition.

Coaches, athletic trainers, and healthcare providers should also be educated about the female athlete triad to detect and recognize its components before athletes reach the pathologic end of the spectrum.