The most common graft used for ACL reconstructions is a hamstring tendon graft.  Once you’ve torn your ACL, you cannot sew the end of the ACL back together.  A ligament needs to be reconstructed. Most ligament reconstructions use the semitendinosus and gracilis tendons. These make up part of your hamstrings: the central part of your patellar tendon also known as bone-patellar-bone graft, and the mid region of his quadricep tendon. This decision comes with less anterior knee pain or kneecap pain after surgery and it also requires a smaller incision compared to other types of grafts. 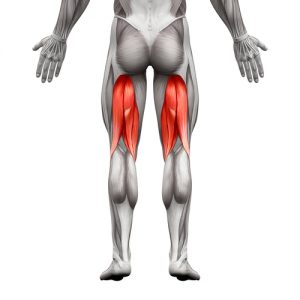 There was an excellent article that did a systematic review of the worldwide literature looking at hamstring tendon regeneration after harvesting. This was published in the October American Journal of Sports Medicine in 2015.

The lead author, Dr. Suijkerbuijk, BSc, reviewed 18 publications that met the inclusion criteria. The researchers found that the majority of athletes (70%) that had their ACL reconstructed with a hamstring autograft had regenerated the tendon. They noted that in some of the studies, tendon regeneration started at approximately one month post-op, but in all cases, regeneration occurred within one year of surgery.

Though the authors were not able to identify the exact time frame upon which the tendon most likely regenerated, they did note that in 100% of the cases, by a year, if tendon regeneration was going to happen, it had occurred.

So, to answer the question: What Happens to My Harvested Hamstring Tendon After ACL Surgery?The answer is in 70% of the patients, the hamstring tendon will regenerate and this occurs within a year after surgery.