Management of Sports Concussions in the Pediatric and Adolescent Population 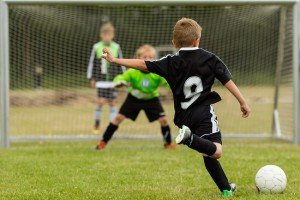 There is an excellent review in the January/February issue of Orthopedics by Dr. Aaron Provance et al. which covers the management of sports-related concussions in the pediatric and adolescent population. Below is a summary of the key points in managing sports related concussions.

The majority of concussions do not involve loss of consciousness or observable neurological signs. 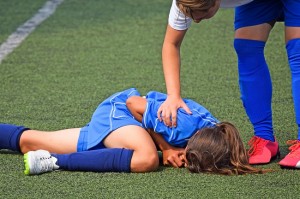 The cardinal symptoms of a concussion presentation are: confusion and amnesia. Other post-concussive symptoms may include:  sleep disturbances, headaches, loss of consciousness, disorientation, increased emotion, irritability, slowed reaction time, difficulty with concentration or memory, fatigue, blurred or double vision, sleep disturbances, dizziness, poor balance, and sensitivity to light or noise.

Part of the challenge involved in diagnosing and treating a concussion is that there’s great variability between each athlete and their presentation with their symptoms.

Rules have changed significantly regarding treatment of concussions and return to play.  Prior to 2002, it was not uncommon to allow an adolescent athlete to return to the same game or practice if his or her symptoms resolved within 15 minutes from the time of the injury. Now with new legislation and state mandates, it is recommended that the healthcare provider does not allow an adolescent or pediatric athlete to return to play on the same day. It should be of note that the majority of young patients will have complete resolution of their symptoms within 7 to 10 days from the time of the injury.

If a sports concussion is suspected, the athlete should immediately be removed from play for evaluation by a medical professional such as their athletic trainer or a physician.  Many times, the players will self-report injuries, but the coaching staff also play an important role in recognizing on-field incidents or signs and symptoms that may indicate the need for player to undergo a concussion evaluation. For example, if a player comes off the field and does not remember the last play or forgets what they are supposed to do when they are on the field.

A clinician should consider the diagnosis of a sports concussion in an athlete that presents with:

Best Practices Following A Concussion in a Child or Teen

During the first 24 to 48 hours after a concussion has been sustained, it is important for the parent or the present medical staff to recognize any red flag symptoms that indicated a worsening condition.

Red flag symptoms for a concussion include severity of headaches, nausea and vomiting, numbness and tingling in extremities, mental confusion, and slurred speech. If a red flag is identified or suspected, immediate medical attention is necessary.

Concussed patients should avoid alcohol consumption, sleep aids, and narcotic medications in the first 48 hours after the injury to better monitor and evaluate their post-concussive symptoms.

Patients with concussions require both physical and cognitive rest.  Cognitive rest includes limitations on exposure to television, computers, internet, video games, cellular phone use, loud music, and/or movies. Exposure to such activities may need to be limited reduce the risk of exacerbating the symptoms. Concussions can actually be worsened with exposure to the above list after a concussion has occurred.

To date, the exact degree and duration of rest needed by a person with a concussion has not been established with evidence based research. This makes the treatment of concussions somewhat gray for the physician or the healthcare provider.

We do know that resting until a person is symptom free is no longer the consensus recommendation because prolonged rest may predispose an individual to fatigue, depression, and deconditioning. It is now recommended that people with concussions should gradually return to school and social activities over the first few days to weeks following a concussion in a way that does not considerably aggravate the symptoms.

The healthcare provider will provide a return-to-school planning program in addition to return-to-play guidelines and recommendations based on the degree of the concussion and the symptomatology.  What has become quite useful for the healthcare provider is a computerized testing which allows objective data to determine if the student athlete has returned back to their baseline cognitive level.

Cognitive Testing to Evaluate aN Athlete following a Sports Concussion

Cognitive testing (which includes: ImPACT CogSport, the Autonomic Neuropsychological Assessment Metrics (ASAM) and the HeadMinder Concussive Resolution Index) have all become useful in helping to determine when a student athlete has returned back to their baseline cognitive level following a concussion. This requires that the student athletes be tested prior to their athletic season to get baseline numbers.

Because of legislation that occurred in 2009, most sports laws about concussions include three action steps:

Since 2009, all 50 states and the district of Columbia have passed similar laws which were first introduced in the State of Washington regarding treatment and return-to-play protocols for traumatic brain injury which is listed above.