Lateral epicondylitis, also known as tennis elbow, is a commonly seen condition in general practice clinics and has been reported to affect 1 to 3 percent of adults in the U.S. each year. A study conducted at the Mayo Clinic in Rochester, Minnesota, with lead author Dr. Thomas Sanders, Jr. was reported in the Journal of American Sports Medicine in May, 2015.

This study noted that the right elbow is more likely to be affected than the left elbow, 63 percent of the time versus 25 percent. The researchers also found that 12 percent of patients had both elbows affected. Twenty-five percent of the patients were referred to a specialist, such as an orthopedic surgeon like Dr. Stacie Grossfeld in Louisville, Kentucky.

The researchers found that the highest incidents of tennis elbow is among individuals age 40 to 49 years, with the majority of them being female -10.2 per 1000 female patients versus 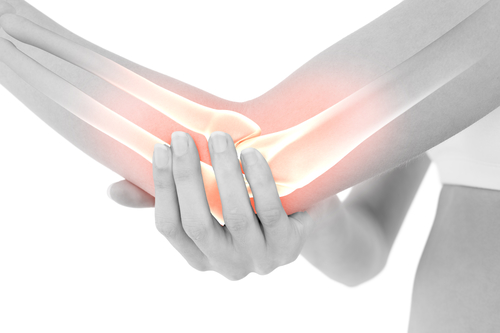 7.8 per 1000 male patients. The second highest incidents were among those ages 50 to 59 years of age, where the distribution of male and the female patients was equal.

In this epidemiological study, the researchers found the treatment options for most patients included some type of tennis elbow bracing and anti-inflammatory medication. A large percentage of patients receive ultrasound iontophoresis with the physical therapist. This treatment option uses ionic medicinal compounds through the skin with an electric current produced through an ultrasound machine. Less than 6 percent of patients being treated for tennis elbow need any surgical intervention.

The study also found that after three months, 74 percent of the patients were no longer seeking care for their initial diagnosis. The researchers found that only 18 percent of the patients receive care six months after their first diagnosis. For the patients that eventually needed surgical intervention, this occurred about nine months after their initial presentation to their orthopedic surgeon or healthcare provider with a diagnosis of lateral epicondylitis/tennis elbow. The researchers found that there was an 8.5 percent recurrence in patients after the disease process had resolved, and the median time of recurrence was approximately 20 months. In the group of patients with an 8.5 percent recurrence, 12 percent went on to have surgical intervention for tennis elbow. On average 26 percent of patients received one cortisone injection.

Patients underwent work restrictions 16 percent of the time, and 4 percent of the patients with lateral epicondylitis reported missing one to 12 weeks of work based on their profession.

In conclusion, this tennis elbow epidemiology study indicates that lateral epicondylitis is relatively common, particularly among individuals age 40 to 49 years during their most productive years. They also found that those without symptom resolution within six months of their diagnosis would tend to have a more prolonged treatment course, possibly requiring definitive procedural intervention.