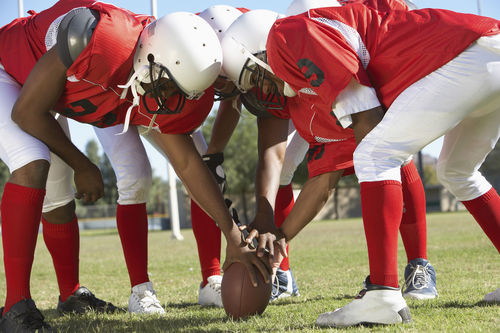 Vitamin D deficiency is epidemic that affects an estimated one billion people worldwide. This nutrient is associated with many functions and organs in your body. Research shows that insufficient levels are associated with a greater rate of heart disease and mortality. Vitamin D levels less than 20 ng/mL are associated with a risk increase to 30 to 50 percent for developing colon, prostate, and breast cancer as well as an increased mortality from these cancers. In addition, vitamin D helps to maintain the health of your bones and muscles.

Dr. Joseph Maroon studied the vitamin D levels in 80 professional football players. The department of neurosurgery at the University of Pittsburg Medical Center performed the investigation. The American Journal of Sports Medicine reported the finding in their May 2015 issue.

Before looking into this study any further, you might need to know more about the science behind vitamin D. While this nutrient is used to maintain a healthy musculoskeletal system it’s also converted to 25-hydroxyvimtain D in the liver. Then it is further converted to its active form which is 1, 25(OH)2D. This happens in any of the kidneys or other tissues such as breast, colon, prostate gland, and the knee itself. The production of vitamin D in local tissues regulates cell growth, controls immune function, and affects gene expression. It is also used for calcium and phosphorus metabolism.

Vitamin D deficiency is at level of less than 20 ng/mL, it becomes insufficiency when your level is between 20 and 32 ng/mL, and normal levels will be greater than 32 ng/mL.

Vitamin D deficiencies have been documented in risk groups including: children, elderly, women wearing burqas, and those with dark skin. More recently, studies have indicated that athletes especially professional ones have an increased incidence of deficiencies.

In the study listed above concerning the 80 professional football players, vitamin D levels range from extremely low to 8 up to 59 ng/mL, with 68.8 percent of the team having levels that were less than adequate. The ages of the athlete range from 22 to 37 years. The majority of these athletes were Afro-American making up 67 percent of the 80 athletes studied. The Afro-American athletes have significantly lower vitamin D levels than the Caucasian athletes.

In conclusion, the author stated that the deficiency and insufficiency was significantly greater among Afro-American football players as compared to Caucasian players. Low vitamin D was associated with increased number of bone fractures. The overall prevalence of this deficiency in the studies was 26.3 percent which was comparable with 30.3 percent found in another study authored by Dr. Shindle. When combining patients with this deficiency and insufficient levels, the amount of players in this category was 68.8 percent.

Consistent prior literature, African-American football players have a much higher prevalence of inadequate levels when compared to Caucasian players, 77.6 percent versus 23.1 percent.  Due to inhibited ultraviolet absorption and increased amount of melatonin in the skin pigmentation, dark skin is a known risk factor for low levels.

Additionally, researchers found the vitamin D levels were inversely related to fracture prevalence. The authors recommended based on their findings of their research that routine monitoring and optimization of these levels should be considered as part of the routine care of NFL players with special attention to African-American athletes.

If you are an athlete suffering from multiple fractures then a Vitamin D deficiency may be the problem. Contact Dr. Stacie Grossfeld of Orthopaedic Specialists today at 502-212-2663.