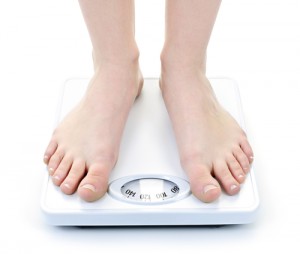 Surgery, whether major or minor, comes with risks. Surgical risks factors can be either unprecedented and unpreventable, but others can. One of the most pressing and preventable surgical risk factors is obesity. The prevalence of obesity continues to rise and an estimated 35 percent of adults in the United States have a body mass index (BMI) greater than 30. Obesity is leading cause of preventable death worldwide with an increasing incidence and prevalence in adults and children. Being dangerously overweight is a worldwide epidemic. Medical providers know that obese patients have more complications with surgical procedures and also with their health in general.

“The Journal of Bone and Joint Surgery” published two excellent articles in February of 2017. Both articles discussed obesity, its prevalence among the American population, and the surgical risk factors that accompanied obese patients undergoing surgery.  The first article written by Dr. Eric Wagner came out of the Mayo Clinic in Westchester, Minnesota. The second article written by Dr. Kimona Issa, was in conjunction with the Sinai Hospital in Baltimore, Maryland, Seton Hall University of Health And Medical Sciences, Mt. Sinai Beth Israel, out of New York, and the University of Louisville.

Both groups of researchers noted that as the average BMI of patients who were hoping to undergo surgery increased, the healthcare burden associated with obesity has become an important consideration in elective orthopedic procedures. It was noted that high BMIs are an independent risk factor for the development of osteoarthritis involving the hip. It is estimated that one-third of patients undergoing total hip arthroplasty have a BMI greater than 30 mg/meter square. Many are younger individuals. Both research papers looked specifically at postoperative and intraoperative complications in patients with a BMI of greater than 30.

The study out of the Mayo clinic with lead author, Dr. Eric Wagner, found that with increasing BMI numbers, the post-surgical and intraoperative complications increased as did surgical risk factors. They looked at several different categories. The first category was reoperation. The authors found a strong association between an increased risk of reoperation with increasing BMI. They also found a significant association between increasing BMI and the risk of implant revision or removal.

Patients with an increased BMI had an increased risk of hip dislocation within six months of the surgery. The risk of early dislocation increased in a nearly linear manner beginning at a BMI of 35 kg/meter square with a 5 percent increase for each BMI unit.

They also discussed the high risk of hip dislocation within the first six months after total hip arthroplasty in patients with a higher BMI. This risk is associated with the extraarticular fatty tissue that acts as a fulcrum for dislocation. There is also greater risk of suboptimal implant position because of technical difficulties associated with the procedure in patients with a high BMI.

The heightened risk of infection is one of the most worrisome surgical risk factors these studies found. They found a striking association between BMI and complication risk same for wound infection (superficial or deep). There is an 8 percent increase in risk per unit of BMI greater than 25 kg/meter square. Patients with a BMI of greater than 40 kg/meter square had a fourfold increase in risk of infection relative to patients who had a healthy weight and BMI.

They also found a strong association between the development of the deep periprosthetic infection. This means that the infection not only involved the wound, but around the total hip replacement components. They found an increased risk of about 9 percent for each unit of BMI greater than 25 kg/meter square.

For patients with osteoarthritis, there was an increased risk of about 10 percent for each unit of BMI greater than 25 kg/meter square. The authors felt that the infection risk was probably higher because of the large adipose tissue layer present in obese patients which is associated with comorbidities, such as diabetes and a potential longer operating time required for patients with a high BMI.

These studies prove that a high BMI can certainly affect one’s surgical outcomes. There are several risk factors for obese patients that may be going under the knife. It is beneficial for one’s health to lower their BMI before undergoing major surgeries. This could also improve one’s pain and open the possibility of avoiding surgery altogether.

Dr. Grossfeld shares this information in order to inform her patients on the seriousness of orthopedic surgery and obesity. Call 502-212-2663 today to schedule an appointment with Dr. Grossfeld. She can help you with your weight loss goals and discuss treatment options for your pain.