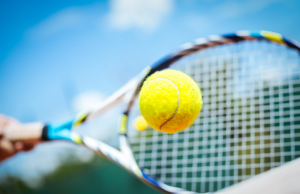 Rafael Nadal is one of the biggest names in professional tennis. As a former World #1 and current World #5, the 35 year-old Spaniard has won the most Grand Slam men’s singles titles in history. He won the Australian Open this January, and appears to be vying for major wins during the upcoming clay-court season.

Despite this recent victory, Nadal has actually been struggling with an ongoing foot condition for over a year. Known as Mueller-Weiss Syndrome, this rare, degenerative disease has caused him chronic, “day-by-day” suffering, forcing him to pull out of last year’s Wimbledon and completely derail his 2021 season. In a recent interview, he admitted that he often thought his entire career may be over. It has only been through months of recovery and training that he has reached a point where he feels comfortable playing again.

So, what exactly is Mueller-Weiss Syndrome?

Besides being under-diagnosed and rarely-understood, it’s a form of “adult-onset spontaneous osteonecrosis of navicular bone causing mid and hindfoot pain and deformity.” This means that blood flow is cut off from the navicular bone (located in the top-middle of the foot), resulting in degeneration, fragmentation, and deformity.

What are some symptoms of Mueller-Weiss?

Generally, Mueller-Weiss begins as a persistent, subtle pain in the navicular bone. This can last for months. Then, as the condition progresses, the pain can become increasingly severe, even disabling.

Mueller-Weiss is most common in middle-aged women. There are different suspected causes of the condition. Trauma, such as an acute athletic injury, may cause it. Osteochondritis, or the “death” of a joint or bone, can be a cause as well. Overuse may be a factor. Due to the rarity of the disease, causes largely remain unknown.

How do you recover from Mueller-Weiss?

There is no “best choice” treatment option for Mueller-Weiss. Many doctors prefer a more conservative approach to managing symptoms. If severe pain persists for longer than six months, however, surgery may be recommended. This can include methods such as “open triple fusion” and “talonavicular-cuneiform arthrodesis.” Recommended orthopedic procedures will depend on each patient’s unique case.

How will Mueller-Weiss affect Rafael Nadal in the long-term?

Nadal received surgery in September 2021 that allowed him to play again, but this doesn’t mean that his Mueller-Weiss is going away. Due to the nature of the disease, the degeneration and deformity of the navicular bone will likely continue to cause him pain and occasional flare-ups. It’s difficult to determine how this will affect his career in the long term. But, for now, we can safely say he’s back in the game!

If you or a loved one experiences pain associated with a sports-related injury in the Louisville, Kentucky-area, board certified sports medicine physician Dr. Stacie Grossfeld at Orthopaedic Specialists PLLC can help. Orthopaedic Specialists is currently accepting new patients, and same day/telemedicine appointments are also available. For additional information or to schedule an appointment today, call 502-212-2663.