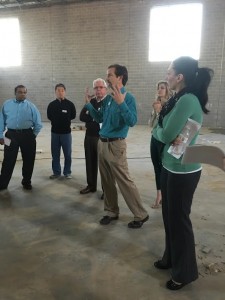 The board meeting kicked off with an introductory session, followed by a prayer and a relationship building discussion led by Dr. Grossfeld. She explained the importance of networking and relationship building for the YMCA and other organizations in Louisville. Dr. Grossfeld enjoyed sharing her ideas for this new expansion that involves connecting with the community in various ways. She has an idea to host a joint parent night out with the YMCA and Kentucky Country Day School.

Along with serving on the YMCA Norton Commons Board of Directors, Dr. Grossfeld is also on the Board of Directors for the Louisville Sports Commission. She is hoping to connect these two great organizations while increasing community involvement. The Louisville Sports Commission has discussed ideas for gathering used equipment, as well as creating other benefits through the YMCA. The board is in contact with family medicine practitioner, Dr. Jesse Jenkins, to discuss initiatives that will allow his patients to utilize the YMCA. These programs would include the Livestrong program, Diabetes Prevention programs and general wellness opportunities.

The board is working together to finalize these initiatives before the completion of the new gym. For more updates on the progress of the gym, you can follow the YMCA on Facebook. 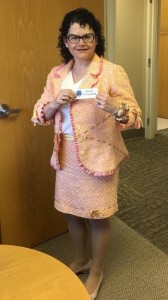 Dr. Grossfeld is a Board Member for the Norton Commons YMCA and the Louisville Sports Commission. 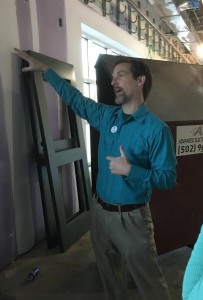