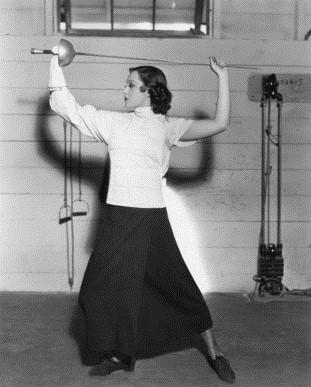 Interested in learning more about the sport of fencing? Here are 6 interesting facts about fencing to get you started.

2. Fencing enjoys a long history and tradition and it is one of the sports that has always been a part of the Olympics.

3. Players receive points when they manage to obtain a hit that is valid on their opponent.

4. There are three tools used in fencing – the saber, epee and foil.

5. En Garde is the name of the position that fencers take right before a match begins.

6. A “Parry” is the action fencers take using their weapon to deflect an offensive action from their competitor.

For those in the Louisville, Kentucky area interested in learning more about fencing, the USA Fencing 2013 January North American Cup NAC will be held in Louisville, January 18 – 21, 2013.