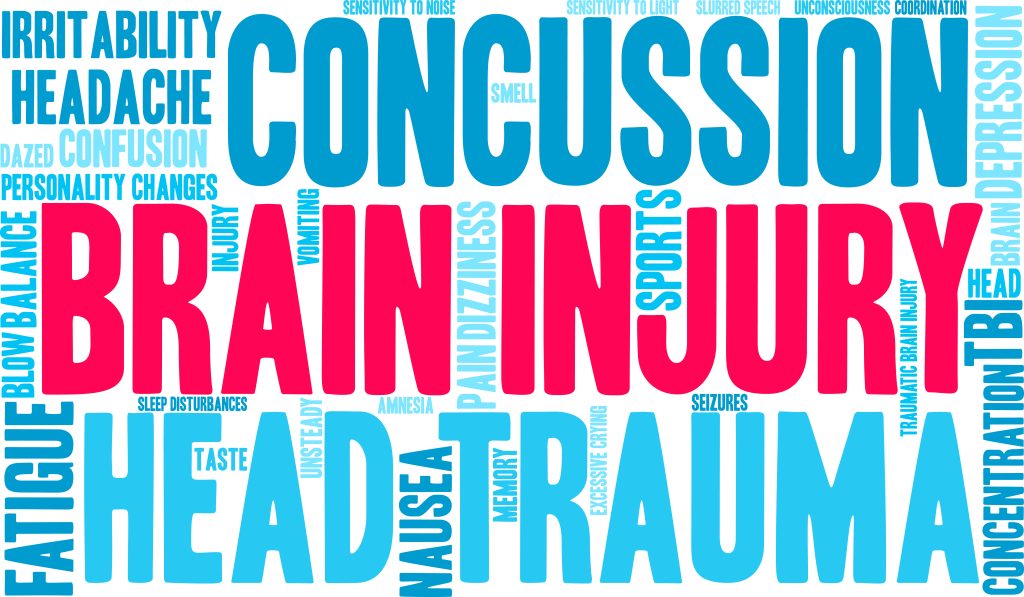 You get rear-ended on your way home from work, a stray foul ball hits you when your attention is elsewhere at your child’s baseball game, you trip over a root on a hike and don’t have time to catch yourself before your head hits the ground – head injuries are more common than you might expect in everything you do. When doing recreational activities, though, especially contact ones, our risk of concussion skyrockets more than any other time, and most people might not think to take the proper precautions once the injury occurs. 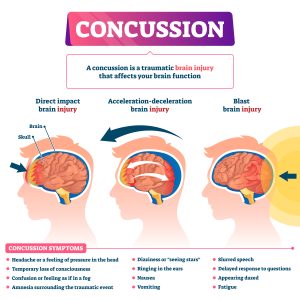 Any head injury can result in a concussion, which is defined by the CDC as,

“…a type of traumatic brain injury—or TBI—caused by a bump, blow, or jolt to the head or by a hit to the body that causes the head and brain to move rapidly back and forth. This sudden movement can cause the brain to bounce around or twist in the skull, creating chemical changes in the brain and sometimes stretching and damaging brain cells.”

If some concussions are so insignificant as to go undetected, then why worry about them? Surely a headache for a few days can’t be that bad, right?

Meet Harriet Owen, a professional cyclist from the UK who took over a year to recover from a concussion – one she thought was simply a temporary headache that developed from crashing her bike like she had done so many times before.

Harriet Owen and Her Story 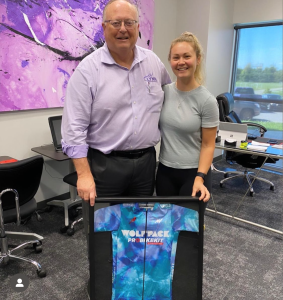 Having been cycling since she was 11 years old, Harriet Owen’s love for biking is a long, multi-generational one. Ever since she was a child growing up in Oxford, United Kingdom and watching her father compete in local races, Harriet looked at a bike and saw fun and excitement, but perhaps not her future as a professional cyclist, at the time.

Her cycling teams stretch back to 2011, but her professional career didn’t start until 2015, and she was a year into it before coming over to the United States to race in criteriums in 2016. Her experience with concussions, though, began in March of 2021, as she was participating in her team’s first training camp in Belgium.

On their first ride together, Owen and her team set out to practice some basic drills and rotating techniques. Whilst in the middle of the pack, the rider directly in front of Owen hit a bump in the road and subsequently knocked into the back wheel of the teammate in front of her, resulting in a crash that no one had time to react to.

As she and another teammate were sent right over the top of the crash, she collided head-first into the ground, earning what she thought was a scuff on her helmet and a bit of a headache that would go away after a while – nothing that she even remotely thought would end up being a concussion that would take 15 months to recover from.

From a minor injury to a nearly career-ending experience, Harriet quickly found that her concussion – left untreated or mistreated by the neurologists that she saw as the headaches persisted – was far more severe than she thought. Despite having to face a serious injury in a foreign country, Harriet found a support system that led her to the life-changing, innovative training and treatment that she received right here in Louisville with the help of Dr. Grossfeld, Dr. Mark Lynn of Lynn Family Vision, and their colleague Dr. Tad Seifert, a nationally-renowned neurologist.

Coming back from 15 months of constant pain, memory and concentration issues, personality changes, mood swings, and constant fatigue was a battle that Harriet had to struggle through with previous doctors telling her to take over the counter pain medications. She was constantly overexerting her body and mind, and demoralizing adjustments in her everyday life led to periods of depression. Now, though, with the ability to look back at her experience, Owen has come out of it with a depth of knowledge regarding concussions, symptoms, signs, prevention methods, and a high respect for and understanding of the consequences that result from leaving head injuries untreated, as well as a story to tell other athletes to raise awareness.

Make sure to tune into the next few blogs to learn more about Harriet’s story, her treatment, her roadblocks and hurdles on the way to recovery, and all about concussions, including their symptoms, their severity, and how they can affect facets of your life that you might not have considered.