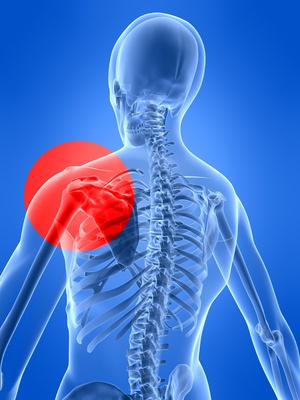 1. Almost half of the people suffering from a shoulder dislocation are between 15 and 29 years of age.

3. A quarter of the people who have an anterior shoulder dislocation will require surgical stabilization secondary to persistent instability.

4. Half of the patients who sustain a first episode of shoulder dislocation will most likely experience two more episodes.

6. Recurrence rate following nonsurgical management of traumatic shoulder dislocation ranges from 30% to 67%. This rate increases to 55% up to 82% in young male athletes.

7. The biggest risk factors for recurrent instability after shoulder dislocation includes: young age, athletic activity, male gender, and the presence of a bony Bankart lesion. There are some studies that have concluded that males, that play contact sports, under age 20 are the highest risk for recurrence of anterior shoulder instability after first time this location.

8. Nonsurgical management is the initial treatment of choice for first time dislocators. It is recommended that the athletes be in a sling for up to 1 to 4 weeks. Range of motion is typically started at one week post injury.

9. Stabilizing structures at risk after dislocation: the glenoid labrum, the bony glenoid rim, the anterior capsule and the anterior band of the inferior glenohumeral ligament

10. The shoulder is at risk for dislocation because of its wide range of motion, a shallow glenoid articulating with a nearly spherical humeral head. This makes an inherently unstable configuration relying on other structures to prevent instability, including static structures such as the glenoid labrum, joint capsule, and the glenohumeral ligaments.

11. The glenoid is pear-shaped and measures 5 cm in its position from top to bottom and 2.5 cm and it’s inferior anterior posterior dimension. It is relatively shallow with a concave any measuring 2.5 mm deep.

12. The labrum increases the depth of the glenoid by 2.5–5 mm. The capsule provide the negative hydrostatic pressure between the humeral head and glenoid making it more stable.

15. A Bankart lesion occurs when the inferior labrum becomes detached from the glenoid. This is an essential injury that can cause anterior instability. It is known as a Bankart lesion. The Bankart lesion can be soft tissue or can involve part of the glenoid making it a bony Bankhart. This area needs to be fixed surgically when surgery is chosen for treatment of anterior shoulder instability.

16. When 20% of the glenoid is knocked off/ fractured during a shoulder dislocation, that must be fixed surgically or chronic instability will occur.

17. Important tests to perform when assessing for anterior instability are the apprehension test, the relocation test, and the anterior release test.

18. The most recent scientific studies show that arthroscopic repair and open repair have equal recurrence rates that range between 6 and 8 percent and 90 percent of the patients return to their pre-injury level sports participation.

19. Consideration for first time this locators to undergo surgery could be considered in the high-risk group. However at this point the gold standard is nonsurgical treatment until the second dislocation or persistent instability such as recurrent subluxations.