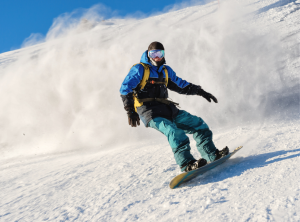 As the 2022 Winter Olympic Games skate towards its finish, there’s a lot of anticipation around which country will take home the most medals. Right now, Norway and Germany are in the lead with 13 and 10 gold medals, respectively, while the United States trails with a formidable 8.

While there’s plenty of good reason to enjoy the games, it’s important to remember that there’s a lot happening underneath the surface, especially among the athletes themselves. On top of the immense pressure to succeed, Olympic athletes continually face a devastating fear: the risk of injury. Given the intensity, competitiveness, high-speeds of play, lack of recovery-time, and other uncontrollable situational factors of the games, sports injuries are incredibly common in Olympic competitions. Even a relatively minor injury can put these experienced athletes on the sidelines. And while some sports are undeniably more dangerous than others, there are injuries associated with each and every sport.

One major injury during this year’s games occurred during the Women’s giant slalom when Nina O’Brien, a 24-year old American alpine skier, lost her balance just before reaching the finish line. She was going top speed and crashed, subsequently breaking her left leg.

Another injury for Team USA occurred during the women’s hockey game against Finland. During the first period, Brianna Decker collided with a Finish player, resulting in a broken left fibula and torn ankle ligaments for Decker.

Which Winter Olympic Sports Are The Most Dangerous?

A study conducted in the 2018 PyeongChang Winter Olympics found that “injury incidence was highest in ski halfpipe (28%), snowboard cross (26%), ski cross (25%), snowboard slopestyle (21%) and aerials (20%). The sports with the lowest amount of injuries were Nordic combined, biathlon, snowboard slalom, moguls and cross-country skiing (2%–6%).”

Fractures (aka broken bones) are the most common injury at the Winter Olympic Games, as well as one of the most severe. Sustaining a fracture can easily require surgery and months of rest. To learn more about the different kinds of fractures, click here.

Ligaments are bands of elastic tissue around your joints. When a ligament is stretched or inflamed, it is often described as sprained. When it is torn, which is more severe, it is known as a rupture. Ligament injuries are extremely common among Olympic athletes, such as knee ligament (ACL) tears.

Any joint in the body can be dislocated or subluxated (a partial dislocation), but they’re most common in the shoulders and elbows. They often occur in sports that require lifting or throwing movements. Dislocating a joint can spell the end of a season for any Olympic athlete. Learn more about shoulder dislocations here.

Once you’ve had a concussion, the chance of getting concussed again is much higher. Some Olympic athletes have been concussed 5 or 6 times, such as Canadian snowboarder Spencer O’Brien. And, unfortunately, many people don’t realize they’ve been concussed, due to a lack of awareness around the injury. Check out my blogs about concussions here.

A bone contusion is when a bone is bruised. This common injury is less severe than a fracture, but can still result in the need for weeks of recovery. Contusions often occur in conjunction with other injuries.

If you or a loved one has sustained a sports-related injury in the Louisville, Kentucky-area, board certified sports medicine physician Dr. Stacie Grossfeld at Orthopaedic Specialists PLLC can help. Orthopaedic Specialists is currently accepting new patients, and same day/telemedicine appointments are also available. For additional information or to schedule an appointment today, call 502-212-2663.