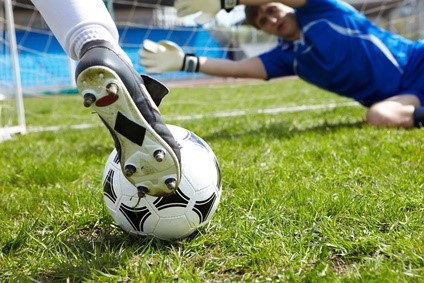 The FIFA 11+ injury prevention program reduced soccer related injuries 21% in Belgium and has been reported to reduce injury rates 30-50 % in Norway. Dr. Bollar and colleagues from Belgium’s University of Leuven  published an excellent research project in the March 2014 American Journal of Sports Medicine.

A group of physicians in Belgium studied the effects of injury reduction in soccer after the initiation of the FIFA 11+ injury prevention program was introduced. According to the authors, Belgium has 420,000 licensed soccer players, 16,500 plus teams with approximately 7500 games played per week and 232,000 games per year.

In Belgium there has been extensive data recorded in reference to soccer players: injury type, diagnosis, mechanism of injury, and treatment. Detailed demographics on the players were also recorded such as age, gender, division of the soccer club, profession, and level of activity at the time of injury.

The injury prevention program designed to prevent soccer injuries consisted of the FIFA 11+ protocol . This 20 minute activity protocol involves a standardized set of warm up tasks: ranging from plyometrics, running, strength training and balance exercises. This was completed before every practice and soccer games.

The second part of the injury-prevention program consisted of controlling extrinsic factors such as canceling games in case of poor field conditions such as rain or, ice or snow.

Bollars found that they had the same distribution of soccer injury type prior to initiation of the prevention program but in significantly reduced numbers. Ankle (35%) and knee (31%) injuries were the most common. Sprains (34%), contusions (23%), and muscle strains (19%) were the most common injury types. They also found that the soccer injuries were most common at the beginning of the season which as been reported in other studies examining soccer related injuries.

The research team led by Peter Bollars M.D. felt that further research is needed to be able to zero in on more detail the factors that are related to the soccer injuries that can be modified to help reduce the injury rate even further.