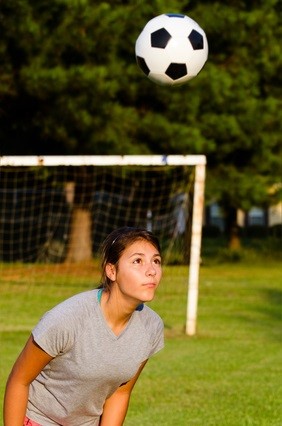 Girls Experience Concussions Differently Than Boys, According to Latest Research

According to research by Dr. Shayne Feher at the Children’s Hospital of Wisconsin, there are differences in the way that boys and girls experience concussion symptoms. Concussions are brain injuries that negatively impact normal brain functions. Often kids end up with a concussion following some type of sports injury that involves head impact from a fall, hit, or strike.

In Dr. Fehr’s study, just over three-fourths of the concussions were caused by some type of sports activity and this can include activities like soccer, basketball, volleyball, gymnastics, and more.

Tracking nearly 550 patients between 10 and 18 years of age who went for treatment at a clinic for pediatric concussions, Dr. Fehr found that the concussion symptoms girls reported tended to be more severe. Girls also took longer than boys to be free of concussion symptoms. It took boys an average of 34 days to reach full recovery following a concussion, while recovery from a concussion for girls averaged 56 days.

Boys and girls did tend to report the same kinds of symptoms from a concussion including things like: light sensitivity, dizziness, and headaches. Difficulty concentrating was also common.

This research does not explain the reason for the gender differences in the experience of concussions and Dr. Fehr concluded, “I wouldn’t treat girls any differently than boys.” It is very important to seek out medical attention if you suffer from a concussion and to avoid returning to athletic play before you have healed. Learn more information about this interesting sports medicine research.