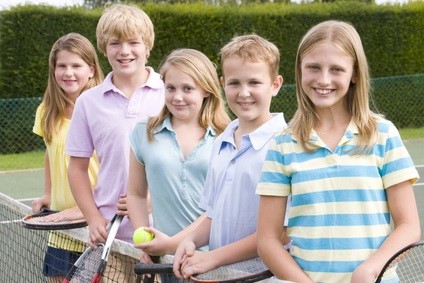 Results of Hip Screenings for Elite Junior Tennis Players – While shoulder and elbow injuries are often associated with tennis players, research by Dr. Cotorro and colleagues (2014) found that tennis players may also more commonly suffer from hip problems. This research involved screenings on 148 youth tennis players with an average age of 15.1 years. There were 90 male participants and 58 females in this study.

The participants started playing tennis at the average age of 6 years. Many played tennis approximately 47 weeks per year. Following a special “hip at risk” screening for femoroacetabular impingement (FAI) syndrome, researchers found that six participants had a past hip injury while three had suffered from sports hernias in the past.

Approximately one fifth or 31 out of 148 participants were positive for femoroacetabular impingement (FAI) syndrome on one or both hips. FAI syndrome happens when the bones that comprise your hip joint get pinched or cause friction. This can lead to a damaged labrum, which is the cartilage linking the outside of your hip socket. It can also cause problems with your articular cartilage which is responsible for creating the smooth covering that helps your hip joint glide.

One long term concern about FAI syndrome includes the fact that it can be an important etiologic factor in the development of hip arthritis for some people.

Based on a series of tests, researchers concluded that more than three fifths or 62% of the tennis players were at risk for FAI. Those with the highest level of risk of FAI had played tennis for a longer period of time (average of 9.5 years). See the British Journal of Sports Medicine for more information.