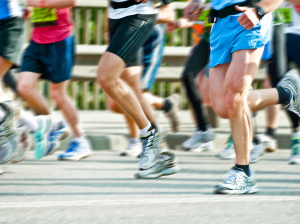 It is a common misconception that sodium is bad for you. While excessive sodium levels can be dangerous and put you at a risk for certain health issues, your body needs sodium. Sodium is on the periodic table of elements and is an electrolyte. When the right amount of sodium is in the body, it helps to regulate water levels in your cells. However, when too much sodium or not enough is in the body, complications can arise. When the sodium levels in the body are too low, cells start to swell. Swelling cells can cause a wide range of health problems that range from mild to life-threatening. Hyponatremia is a result of not having enough sodium in the body. Whether the cause of lowered sodium levels is a medical condition or from consuming too much water, hyponatremia can occur.

There are many symptoms to this disease, but a lot of them are symptoms shared across a plethora of medical conditions. However, if you’re feeling a combination of any of the following symptoms, you may be suffering from hyponatremia:

There are many reasons that sodium is important for the body. Besides maintaining the level of water in your cells, sodium also helps regulate blood pressure and supports nerves and muscles. A regulated level of sodium falls between 135 and 145 mEq/L. When the level of sodium drops below 135 mEq/Ls, hyponatremia occurs.

How does a person’s sodium level drop below 135 mEq/L? There are plenty of different conditions and factors that can lead to hyponatremia including:

Several factors can also heighten the risk of hyponatremia including: age, medications, and recreational drug use. If you are diagnosed after seeking medical attention, the treatment will be determined by the cause. Fluids are administered and depending on the severity of the hyponatremia may vary from solute intake to intravenous administration.

Hyponatremia is a serious health problem and more often occurs in females, the elderly, and people who are in the hospital. If you feel that you may have signs and symptoms of hyponatremia, it is important to seek medical attention immediately. For more information, visit HealthLine here.

If you are in the Louisville, KY area and think you may be suffering from hyponatremia or would like more information on how to prevent hyponatremia, contact Dr. Stacie Grossfeld at Orthopaedic Specialists. Dr. Grossfeld is double board-certified in orthopedics and sports medicine with 15+ years of experience. Contact Dr. Grossfeld by calling 502-212-2663 to schedule an appointment.