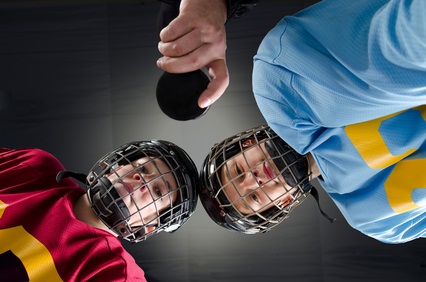 Canadian researchers examined sports injury data about 13,000 Canadian children and teens and found that ice hockey accounted for around 44% of all brain injuries among kids.

For kids 11 and older, the game was responsible for more than two-thirds of brain injuries. Player to player contact, getting hit into the boards or checked by an opponent from the back all were cited as dangerous moves that sometimes led to a brain injury in sports. Other activities were also considered in terms of risk for a brain injury in sports including soccer and football.

Soccer came up second on the list of sports linked to brain injuries among Canadian kids, followed by football and rugby. Over four out of five kids in the study suffering from a brain injury in sports were boys with 13 as the average age. For more info on this research, see:  https://www.vancouversun.com/health/family-child/Hockey+causes+most+sportsrelated+brain+injuries+kids+teens/8166421/story.html