What is the risk of having a patella dislocation or subluxation among high school athletes in the United States?

Many high school athletes, coaches, parents and physicians are discovering that the intensity and competition in high school athletics is growing every day. With this level of activity, it seems that athletes are more prone to injuries than ever before. A research study has been released that 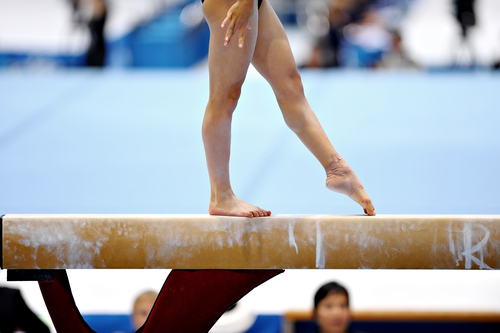 addresses the issue of patella dislocation or subluxation in high school athletes. Before reviewing these research findings, it may be helpful to define these two types of injuries.

For young athletes, their kneecap is usually right where it is supposed to be during activities. In the event of a hard blow or fall, one’s patella may slip out of place.

A patella dislocation causes pain and loss of function for these young athletes. A subluxation is a temporary, partial dislocation that relocates the patella from its normal position in the leg.

Dr. Joshua Mitchell looked at the national high school sports-related injury surveillance system-reporting online information, which is an internet based sports injury surveillance system. What they found was that patients undergoing a patella dislocation or subluxation were most commonly reported secondary to a no-contact injury mechanism. When all contact subcategories were combined, the overall contact mechanism re-presented 59.3 percent of injury.

When looking specifically at sports and gender, they found that the highest injury rates for patella dislocation or subluxation occurred in girls’ gymnastics, boys’ football, and boys’ wrestling.

The authors found that surgery was only required 8.5 percent of the times when a patella subluxed or dislocated.The authors noted that girls have a significantly higher proportion of injury caused by a non-contrast mechanism compared to boys. The authors felt this finding was possibly explained by a higher prevalence of joint hyperlaxity and other anatomical differences more commonly seen in females such as an elevated Q ankle, patella alta, and pes planus deformity.

The researchers did note that boys have a significantly higher proportion of injury via player-to-player contact, and they felt that anatomical fractures may play less than a role than direct trauma.

If you think you have experienced a patella dislocation or subluxation, you should consult a medical professional for a thorough examination and diagnosis. Louisville orthopedic surgeon and sports medicine physician Dr. Stacie Grossfeld can help. For more info or to schedule an appointment, call 502-212-2663 today.