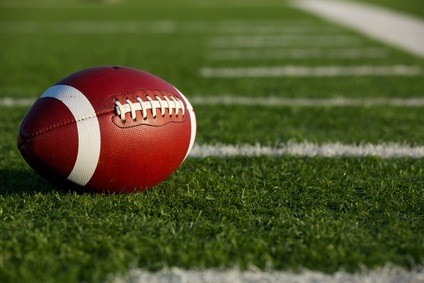 Injuries to the shoulder are common in collegiate football players. The most common area of the shoulder injuries is the acromioclavicular joint (A-C joint).

AC joint injury accounts for 41% of all shoulder injuries among college football players. Dr. Jason Dragoo and colleagues viewed injury data from the 2004-2005 and 2008 through 2009 National Collegiate Athletic Association Surveillance System and published their results in the American Academy of Sports Medicine journal in October of this year. They found several interesting findings.

Dragoo et. al reported that a college football player is 11 times more likely to sprain their AC joint in a game compared to a practice.  In addition, low grade sprains were much more common. Low grade sprains such a grade 1 and 2 accounted for 96 percent of the injuries and only 4 percent were high grade sprains.