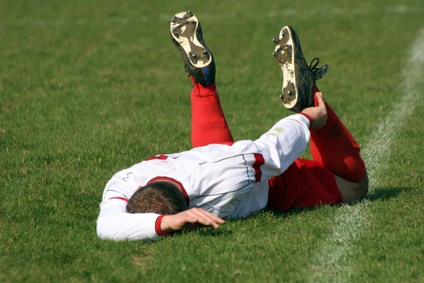 Researchers in Finland published interesting findings in the European Journal of Sports Science (2012) led by Ristolainen and colleagues that sports injuries like an ACL tear may radically alter the direction of an athlete’s career.

In a study specifically aimed at understanding the link between sports career termination and sports injury, researchers looked at 574 male and female athletes in Finland. These included swimmers, runners, soccer players and skiers. Approximately 5% of the participants reported ending their athletic career because of a sports injury like an ACL tear.

Researchers also found that female athletes were must much more likely than male athletes to end their sports career following an injury. Athletes that finished a career in sports due to an injury tended to be slightly older (about 2 ½ years) than those who kept participating in competitive athletics.

Swimmers who reported a career ending due to a sports injury all suffered from shoulder injuries while soccer players were more likely to suffer from a knee injury, for example, an ACL tear or a meniscus injury.

Approximately 70% of competitive athletes who ended a sports career because of a sports injury like an ACL tear also reported having ongoing disabilities ranging from mild to moderate.  Read more information on this research about the influence sports injuries have on professional athletes.