Dr. Brian Feeley considers sports specialization to be intensive, year-round training in a single sport with the exclusion to other sports. There was a concern that early single sport specialization may lead to increased rates of overuse injury and psychological burnouts.

Dr. Brian Feeley, Julie Angel, AT-C and Dr. Rob LaPrade have come together to publish an article in the American Journal of Sports Medicine in January, 2015. They specifically addressed the question, “When is it too early for single sport specialization?” They noted that these activity levels in the United States today include extremes of inactivity versus overactivity in sports. Greater than any time in history we are seeing more children who are morbidly obese with earlier onset diabetes.

And on the flipside, we are also seeing kids who participate in one sport year-round or multiple sports year round under the guidance of a coach and on a specific team. The authors felt that the coach is a primarily driving influence on the decision to specialize in a single sport. An article described that this decision may establish a fundamental early disconnect where the interest in the goals of the parents and child are not the same as those of the youth coach whose focus is on success in a single sport. 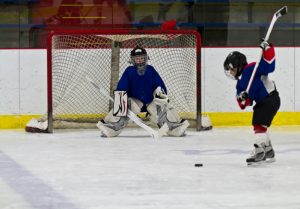 The authors also noted that over the past 20 years there has been a shift in emphasis from youth group and recreational sports activities, to skill development with an emphasis on achieving a high level of accomplishment in a single sport.

The evidence for contribution of an early sport specialization to mastering a particular sport is not clear. It makes intuitive sense in early development of a skill set in sport such as golf, tennis, and gymnastics where post-pubertal size and strength gains are not as important or could actually be detrimental may be beneficial in those sports. The authors noted there is not clear literature to support this. They noted that some studies have suggested that late specialization in a particular sport with a child greater than 12 years of age, may actually result in better achievement than early specialization.

Gullich and Emrich studied more than 1,500 German Olympic athletes and found that the lead athletes specialized later and were more likely to participate in one or more sports over age 11. They noted that Olympic athletes played multiple sports up to age 12 and then started to specialize after that. There was little evidence for and against early specialization in many sports that have a high level of early year round participation in the United States. Athletes are at risk, especially the young athletes for overuse injuries in sports such as baseball, gymnastics, swimming, and ice hockey.

The concern about overuse injuries in the youth athletes relate to the fact that they have open growth plates in their bones, ligaments that are changing size, and muscles that have not reach full maturity.

They noted that youth pitchers face the issue of overuse injuries. These athletes depend on rotator cuff musculature and trunk rotation to throw a baseball which in combination with excessive torque on their humerus which is their upper arm bone, underdevelopment on their muscles, and open growth plates predisposes these athletes to shoulder instabilities, stress fractures through the top part of the humeral bone, and rotator cuff tears and tendonitis. 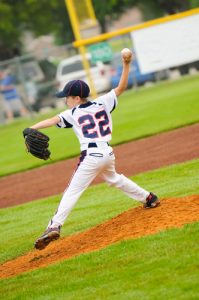 It has been documented that a youth baseball player pitching more than 100 innings per year resulted in a 3.5 fold increase in risk injury that resulted in time loss from competition in the 9 to 14 year old age group. It is important that parents and physicians consider participation times outside of competitions that occur with private coaches, parents, teammates, and count these athletic exposures as part of the overall time spent in training.

They also noted another area of concern is in hockey players. Studies have documented that the hip position in ice hockey players who are sprinting in the pubic age around 11 years of age tend to externally rotate when pushing off and then internally rotate while increasing hip flexion during the recovery phase. This range of motion creates an impingement on the femoral neck – the top part of the hip bone – and can lead to early stress on the acetabular cartilage and labrum. This can cause potential labral tears and cartilage damage later in life. The youth hockey players’ hip actually develop differently than a child who does not play hockey. These findings have proven to cause problems later on in life.

The authors noted that there is some scientific evidence for early single sport specialization is a risk factor for injury. A case control study of 1,206 7 to 18-year-old student athletes demonstrated that over the course of three years, playing a single sport was an independent risk factor for injury. The authors noted that the age of the athletes in that group and the hours of training per week were not as important as the risk factors of only participating in one sport.

On the flipside, there was also scientific evidence that early single sport specialization has a negative effect physiologically,meaning higher burnout rates.

Some sport organizations are starting to set down rules regarding the amount of time that the youth athlete can participate, such as USA Baseball instituted at pitch count recommendations based on its expertise and review of the literature.

The authors then specifically looked at youth overuse injury in specific sports. They noted with baseball pitch-count and no routine in youth baseball has become a major factor in major league games as well. Pitch counts have developed around 2001 where it became apparent that 1 to 75 pitches in a game reported increased shoulder pain. However, even with these recommendations, a cross-sectional study of 754 pitcher ages 9 through 18 reported that 45% of the pitchers had no pitch-count in place. They noted that 13% pitch more than recommended eight months in a one year period. Similar studies have shown that the incidence of elbow pain in youth baseball players is between 20 to 30% for 8 to 12 year-olds, approximately 45% for 13 to 14 year-olds, and over 50% for high school, college, and professional athletes.

What is very concerning is a report by Dr. Ahmad that found that 31% of baseball coaches, 28% of players, and 25% of parents do not believe that the pitch count is a risk factor for elbow injury.

An even more concerning statistic is that 30% of baseball coaches, 30% of parents, and 51% of high school athletes, and 26% of collegiate athletes also believe that the ulnar collateral ligament reconstruction also known as a Tommy John procedure, should be performed prophylactically on athletes without elbow injury to improve performance. The Tommy John surgery is done when the athlete has torn, stretched out, or has chronically inflamed interstitial tearing to the ulnar collateral 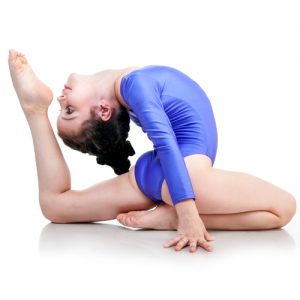 ligament. The Tommy John procedure reconstructs the elbow ligament and it is a major surgery. The concern is that baseball coaches, parents, and athletes think that surgery will actually help the players. This shows that there is a lack of information and education among baseball players, coaches, and parents.

The authors specifically looked at gymnastics and noted that spondylolysis, a common finding that is hypothesized to be linked with back walkover type skills or excessive extension of the back, occurs in gymnast and is essentially a stress fracture of the back. Gymnasts also experience stress fractures at the wrist and growth plate injuries in the upper extremity because they are being used as weight bearing joints even though they were not designed to be weight bearing joints.

As mentioned above, the risk of femoral acetabular dysplasia or changes in the hip joint, occur in youth hockey players. Another study noted that hockey players ages 16 to 19 year-old have a higher incidence of labral tears as documented by MRI scan.

In reference to swimmers, these athletes swim between 4 to 9 miles per day and often swim 11 months out of the year beginning at age 10 to 12 years of age. Overuse injuries in swimmers can occur in both sprint and distance events as well as triathlons. The authors noted that a majority of swimmers 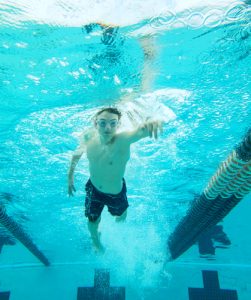 believe that shoulder pain is a normal process of the training process. This study evaluated 80 lead swimmers between the ages of 13 and 25 years. They found that 91% of the swimmers reported shoulder pain, 84% had positive impingement signs, and 70% had MRI evidence of supraspinatus tendinopathy. Supraspinatus tendinopathy indicates that the rotator cuff is highly inflamed and there are actual tendon changes that an MRI will detect.

In conclusion, the authors felt that it is increasingly important to educate parents, coaches, trainers and physicians on the risk of early single sport specialization. It is their obligation to notice early signs of injury to prevent more serious injuries from occurring. These injuries, if not treated properly could potentially limit the participation of competitive athletes not only at the youth, but as a lifelong athlete.

Dr. Grossfeld is a double-board certified orthopaedic surgeon. She loves to be active and play sports, but she also understands when it is time to give herself a break. As a parent, coach or young athlete, be aware of your pain and stress levels. It is important to take time for recovery and continue to enjoy all of the sports you love!