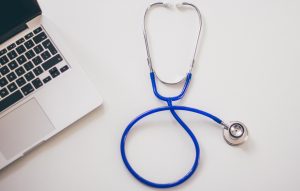 Arthrogryposis, also known as arthrogryposis multiplex congenita (AMC), is a condition characterized by multiple joint contractures throughout the body. Arthrogryposis is a congenital condition. Doctors often diagnose it at birth, and it doesn’t progress or worsen over time. It is heterogeneous, meaning it differs from case to case. It is a descriptive term or symptom of a different disorder, rather than an illness in itself. Approximately 1 in 3000 babies are born with arthrogryposis, making it very rare.

How To Identify Arthrogryposis

Although this condition varies on an individual basis, doctors generally identify it through the occurrence of joint contractures. A contracture is when a joint becomes permanently fixed in a bent or straight position, which can limit or entirely restrict movement. In arthrogryposis, two or more contractures occur throughout the body. It is not to be confused with an isolated congenital contracture, which is a contracture found in only one body area, such as clubfoot.

The most common symptom of a joint contracture is the lack of movement, but it can also characterized by weakened muscles and tissue, slender or fragile bones, shortened or elongated limbs, asymmetrical features, or cleft palate. The joints of the legs and arms are usually the most affected, but contractures can even occur in the jaw or back.

One of the most common forms of severe arthrogryposis is amyoplasia, which can be identified through a series of analogous contractures. The shoulders, elbows, and wrists are usually drawn inward or outward. Individuals may have significant contractures in the shoulders and hips, clubfoot, and a red birthmark on the face. While the external impacts of amyoplasia can be quite severe, those affected usually have normal intelligence and no internal issues. Unlike some other forms of arthrogryposis, amyoplasia is not genetic.

Arthrogryposis can be due to a variety of external and internal factors. In about 30% of cases, it is associated with a genetic disorder, such as a single-gene defect or chromosomal abnormality. Neuropathic abnormalities or abnormal brain development, such as meningomyelocele, anencephaly, and hydranencephaly, can cause arthrogryposis. Furthermore, some forms may occur in utero. This can be due to low amniotic fluid or inadequate room for growth.

Doctors usually diagnose arthrogryposis through the identification of key traits, followed by comprehensive testing, which includes blood work, genetic tests, imaging tests, muscle biopsies, an electromyography (EMG), a nerve conduction study, and other examinations when individually applicable. Full diagnosis can be a continual or even indefinite process, as it requires identifying the underlying causes of the condition, not just the physical indicators.

There is no general treatment for arthrogryposis. Treatment options vary at an individual level. Occupational or physical therapy can help improve joint mobility and function. Orthopedic surgery is another option, which varies based on the age and physical development of the patient. Braces, splints, and assistive devices can help stabilize joints. Treatment is often a long-term and multi-disciplinary endeavor, beginning in infancy, by nature. However, affected individuals can still live happy, independent lives.

If you are concerned that you or someone you love might be experiencing arthrogryposis, schedule an appointment with Dr. Stacie Grossfeld today. Dr. Grossfeld is double board certified as a sports medicine physician and an orthopedic surgeon. She has decades of medical experience treating patients of all ages. For more information or to schedule an appointment, call 502-212-2663 today.