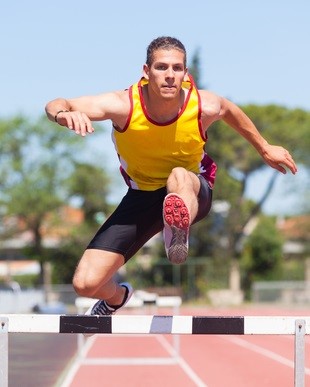 Researchers including Caitlin Rugg MS, Dean Wang MD, and colleagues (2014) at the Department of Orthopaedic Surgery at UCLA looked at how knee surgery impacts the sports career for intercollegiate athletes.

Athletes who participated in college sports between 2003 and 2008 with a history of knee surgery were identified for analysis. Data on approximately 456 athletes was included in the analysis.

The research considered the number of games the athletes played, the number of days they missed participating in their sport, sports injuries, surgical operations while in college, and diagnostic imaging conducted.

Over the five year period, over one fifth or approximately 23% had a history of orthopedic surgery, while about 11% had knee surgery, 6% had multiple surgeries, and about 4% had ACL surgery (anterior cruciate ligament reconstruction).

Compared to control groups, those who had prior surgery missed more days per season due to injuries including knee injuries.  Athletes in all surgical groupings had a statistically significant increased rate of knee injury and knee surgery during college. Athletes with prior knee surgery were also more likely than the control group to undergo MRIs during game season.

Interestingly the average career length and the percentage of games played were not statistically significant when comparing those in the surgery groups with the control group.

Research findings suggest that students who have a history of knee surgery before participating in college sports miss an increased number of days due to injury, have higher knee injury and knee surgery rates, and need more MRIs while in college. For additional information, see details on this research on the impact of knee surgery on student athletes.