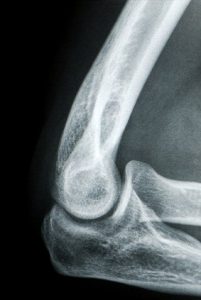 The human elbow is an intricate part of the body. While it is essentially a hinge joint and looks fairly straightforward – the elbow is made up of a complicated series of bones, joints, and ligaments. Within the elbow the radius and ulna must rotate and slide with the humerus to bend or straighten the arm. These movements are possible with the help of ligaments and there are two main ligaments that are important in order to achieve optimal elbow maneuverability: the lateral collateral ligament and the ulnar collateral ligament.

Microtearing is the first phase to a full blown ulnar collateral ligament injury. If it can be prevented then the injury has a better chance of being prevented. The small tears through the ligament occur when the force that the tissues are handling is heaving than the strength of the ligament. When the ligament starts to tear, it is not extremely noticeable. Often it takes months or years of repetitively hard throwing motions to begin the microtearing process.

Athletes who often use their arms to pitch, throw, or launch repetitively should be aware of the three phases that lead to ulnar collateral ligament injuries and seek qualified medical attention if they start to feel any of the following symptoms:

A simple MRI can detect any potential ligament injuries. If ulnar collateral ligament injuries are detected an orthopedic physician can help to set up a treatment plan. However, if the damage is too far along then surgery may be the only option.

If you are feeling any significant pain in either of your elbows, regardless of if you are an athlete or not, visit Dr. Stacie Grossfeld of Orthopaedic Specialists, PLLC in Louisville, KY. With the help of Dr. Grossfeld, you can prevent further damage to your ligaments, joints, and bones while starting a treatment plan to fix any existing damage. Contact Dr. Grossfeld here or by calling 502-212-2663 today!