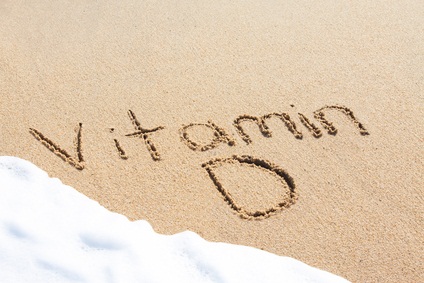 It is estimated that over 1 billion people are Vitamin D deficient or insufficient. This is not just found in patients with medical problems but otherwise healthy elite athletes.

Dr. Angeline et al. from the Hospital for Special Surgery, in New York City, New York, published an outstanding article in the American Journal of Sports Medicine in Feb, 2013 regarding the effects of Vitamin D deficiency in athletes. Listed below are bullet points from their article.

– Medical studies have found Vitamin D deficiencies ranging from 40 to 50% in dancers, patients undergoing ACL reconstruction or meniscal surgery. A recent study conducted by the Hospital for Special Surgery in New York found that out of 89 NFL players from a single team 51% were vitamin D insufficient and 30 % were deficient.

– Sources of dietary Vitamin D and intestine absorption of Vitamin D a minor part of the total Vitamin D requirements. The MAJOR source is from the interaction of the skin with UV light.

-Vitamin D regulates the intracellular accumulation of phosphate within the muscles cells and this helps to maintain muscle function and metabolism.

– Vitamin D receptor expression within muscle tissues decreases with age, which may provide a partial explanation as to why athletic performance declines with age.

– Studies in Vitamin D deficient rats have shown that supplementation increases protein synthesis and muscle mass. There was also a decrease in the rate of exercise induced muscle apoptosis.

– Vitamin D deficiency is associated with limited sun exposure: sunblock use, region in the world, indoor training and dark skinned athletes -Vitamin D supplementation may help improve athletic performance if the athlete is deficient. Unfortunately there are NO studies that determine the best level for the highest performance .

– There are some studies that suggest that high level of Vitamin D may be linked to other health problems such as tissue or kidney damage.

– Vitamin D supplementation is best if 25(OH) D3 is used. D2 is only 30 % as effective as D3 -RDA recommendation for Vitamin D is 600 IU/day door children older than one year in age , adolescence and adults up to 70 years of age

– For the body to optimally absorb calcium the blood level of Vitamin D must be at least 30 ng/ml.

– If the bodies level of Vitamin D falls below 30 ng/ ml it causes calcium to be mobilized from bone via parathyroid hormone and RANK-L. This can cause stress fractures and osteoporosis.

– Calcium and Vitamin D supplementation has been shown to decrease the incidence of stress fractures in female military recruits.

– UV radiation has been used in the past to improve physical performance: Russian researcher found in 1938 improvements in sprinters treated with UV radiation as compared to their non irradiated controls. The Germans in 1952 found increases in cardio fitness in children when exposed to UV radiation. The control group of children improved, to match the UV exposed group fitness levels, when given Vitamin D supplementation. More recent studies have revealed an increase in muscle power, force, velocity and jump height in girls age 12 to 14 when Vitamin D levels were optimized. Another more recent study found an increase in grip strength in teenage girls with normal levels of Vitamin D compared to the control group that was deficient.

– Recommendation from the authors are to assess total serum 25(OH)D3 levels in high risk athletes and treating those that are deficient or insufficient.