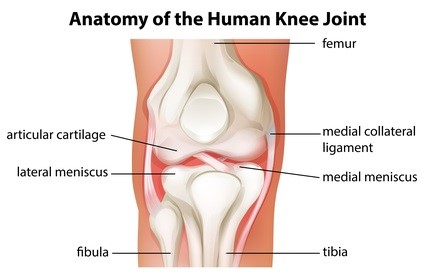 The medial collateral ligament (MCL) is a very important ligament in the knee. Situated on the inner side of the knee joint, the MCL is one of four knee ligaments. Many people suffer from an MCL injury at some point in time.

The MCL injury is a common sports injury for athletes engaged in sports like football and skiing. It often happens from impact and can occur as a result of a blow or during an intense landing.

Researchers led by Dr. Christopher Roach and colleages looked at MCL sprains among people at the U.S. Military Academy between 2005 and 2009.  Based on the analysis, approximately 128 individuals experienced an isolated MCL injury.

Male athletes were more likely than female athletes to experience an MCL injury. Based on this analysis, the sports most commonly associated with the MCL injury included wrestling, rugby, hockey, and judo.