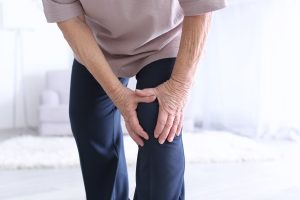 ACL stands for Anterior Cruciate Ligament and this part of the human body runs between the femur and the tibia. It is one of a pair of cruciate ligaments in the human knee. The other is the Posterior Cruciate Ligament which is located deeper within the knee joint. When an ACL is injured, or torn, it is due to the ligament being overstretched. Most often, ACL injuries occur as a result of a sudden stop or twisting movement. The most common form of repair for a torn ACL is a complete ACL reconstruction. More often than not, the reconstruction is done by autograft and arthroscopically. Despite the repair tissue coming from the same body in which the injury has occurred and the invasiveness of the surgery being minimal, recovery time is set at anywhere between one to two years before a patient can return to normal sports activity.

In March of 2017, an article was published in the American Journal of Sports Medicine by authors Dr. Toanen, et al. This group of researchers conducted a study and observed patients who had ACL injuries. All patients were over the age of 60 and athletic with no signs of knee arthritis. These patients underwent ACL reconstruction and their recovery was observed by the group of researchers responsible for the article. What they found was that these patients benefited greatly from the reconstructive surgery. Not only were they able to return to their normal level of activities including: twisting, turning, jumping, and running; they also had no increased incidence of arthritis two years post reconstruction.

Based on these finding, the ground of researchers led by Dr. Toanen concluded that regardless of your age, ACL reconstruction is the best choice for repairing a torn ACL. Age is a factor that should in no way be considered when discussing options for reparation of a torn ACL. Other medical research papers and articles have been published in the past that reinforce Dr. Toanen’s team’s findings.

In December of 2014 a study was done on the long-term outcomes after ACL reconstruction in patients 60 years and older. This team of doctors, led by Dr. Champ L Baker, found that all 13 patients within their study who underwent ACL reconstruction regained their full range of motion and made complete returns to their sports or exercise of choice. This led to the conclusion that “patients aged 60 years or older have good to excellent outcomes with ACL reconstruction and should not be excluded from ACL reconstruction opportunities based on age alone.”

So, Are There Benefits in Undergoing ACL Reconstruction After 60?

If you are 60 years old or over and an active adult who has suffered from a tear in an ACL, contact Dr. Stacie Grossfeld at Orthopaedic Specialists, PLLC in Louisville, KY. Dr. Grossfeld has been routinely performing ACL reconstruction surgeries for over 10 years. She is constantly staying up-to-date on the latest research findings surrounding ACL reconstruction. If you still have questions about ACL reconstruction for patients over the age of 60, call 502-212-2663 and make an appointment today.